While Acis and Galatea is familiar to modern audiences in Handel’s 1739 two-act version, the 1718 version was Handel’s first dramatic work in English when it was presented as a one-act masque at the idyllic estate at Cannons, home of the composer’s patron James Brydges, the Duke of Chandos. Written as a courtly entertainment about the simplicity of rural life, Acis and Galatea contains a significant amount of wit and self-parody, depicting the love affair between the nymph Galatea and the shepherd Acis, whose reunion is thwarted by the monster Polyphemus. 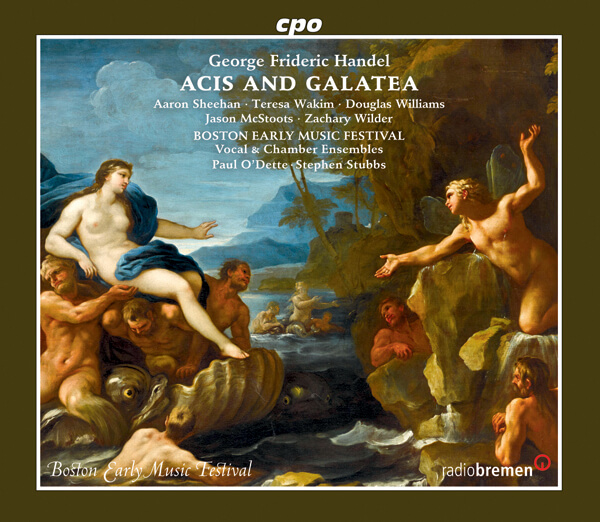 “The musical direction of Paul O’Dette and Stephen Stubbs strikes an intelligent balance between sheer delectability and the astute dramatisation of moods,”

“Teresa Wakim has that pure, winsome timbre you want in your average nymph.”

“Fast-paced and light on its feet… the singing and the playing are exceptional.”

Scenes from the 2009 production. Video by Kathy Wittman of Ball Square Films.